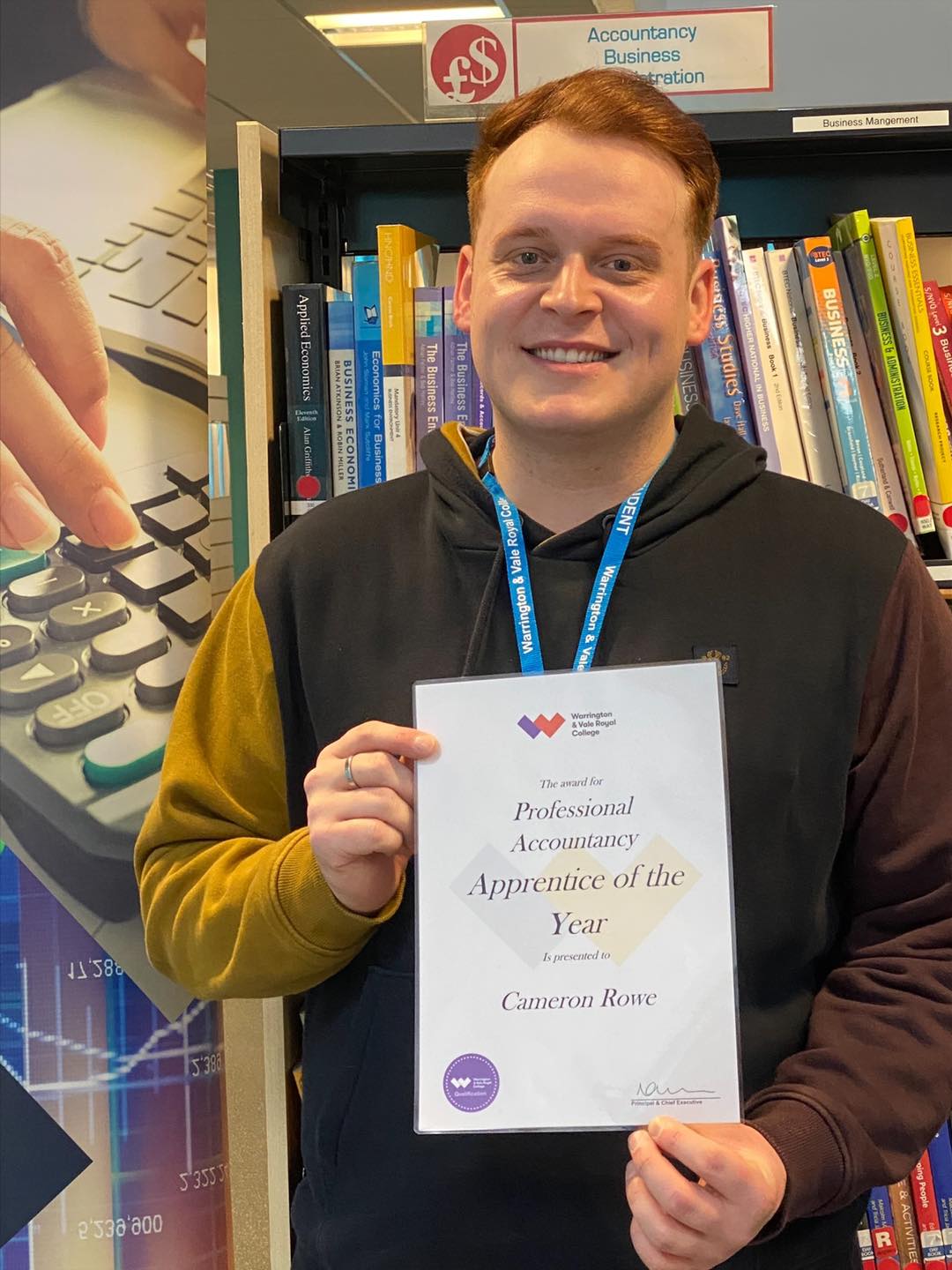 Many congratulations to Keate House’s wonderful employee Cameron who has been awarded Warrington & Royal Vale College Professional Accountancy Apprentice of the Year! Cameron is completing his AAT level 4 in Accountancy and was nominated by his college tutors for his outstanding work and effort.

Tutor Nicola Wilson commented:
“Cameron won this without a fight! This award showcases WVR and AAT what a great learner Cameron is. He is truly inspiring. He’s focused, knows what path he wants to take in the future and determined to strive for excellence! ‘Less than a distinction is just unacceptable’ Cameron stated the other day and I have no doubt that he will gain this on his Level 4 Apprenticeship.
I am honoured to have such a wonderful person in my class! I love the person he is, the visions he has and he will go very far in life!’
Diane Clarkson, Care Home Manager at Keate House also shared her congratulations and praise for Cameron’s achievements:
“Everyone at Keate House is so proud of the work Cameron does in the home both in his work and interaction with the residents, as well as his responsibilities for finance in his office role also. On behalf of the whole Keate House team I would like to Congratulate Cameron and thank him very much for being such a hardworking and brilliant team member – everyone loves what he brings to our Keate House family every day!” 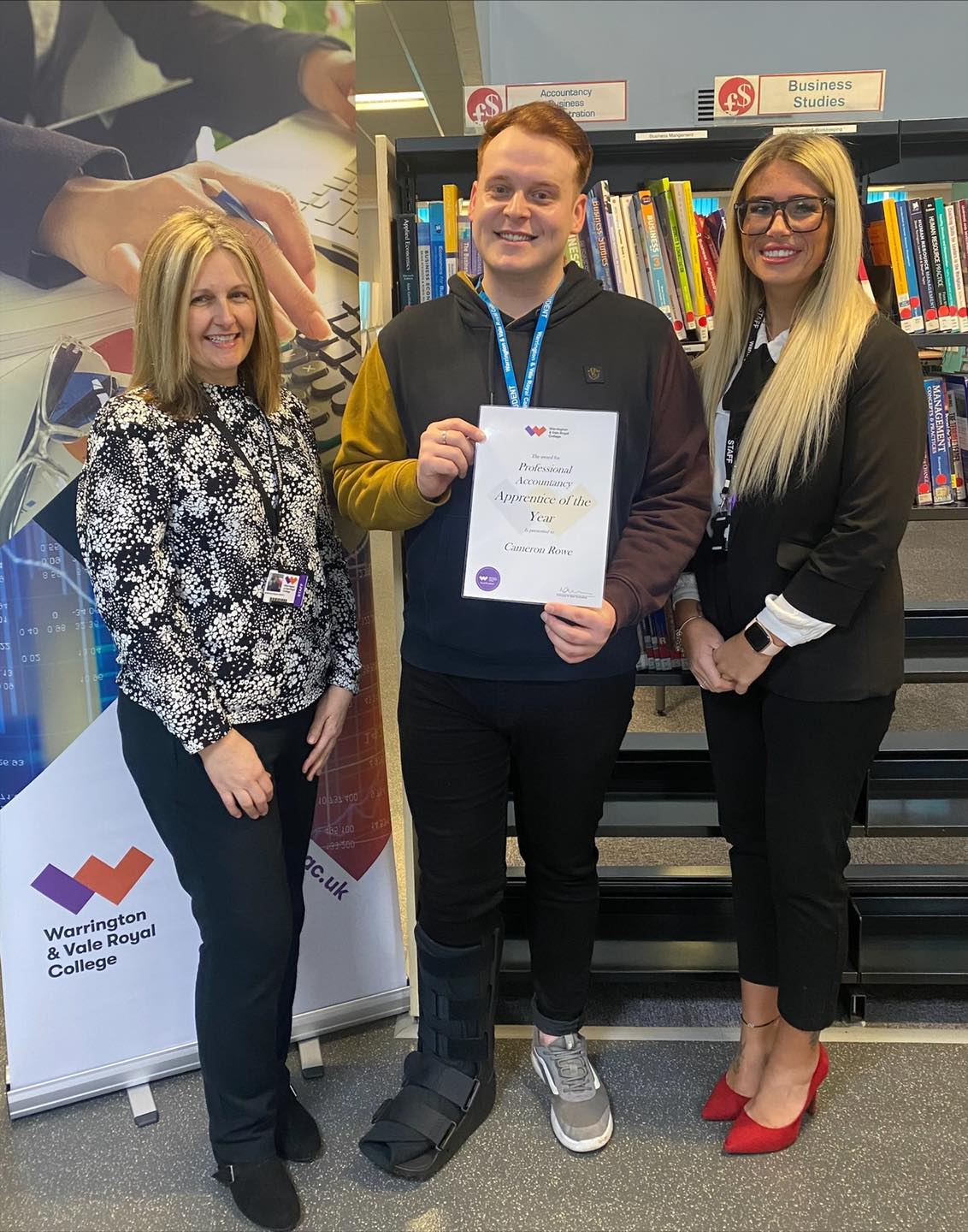