A Military send-off for our D-Day veteran Fred

The staff and residents of Keate House were extremely sad to say goodbye to the wonderful resident and D- Day veteran, Frederick Arthur Cooke who passed away peacefully in the home on the 8th April age 98.

Fred Cooke, as he was known to many, received a special military send off at Walton Lea Crematorium; he was featured in local press coverage in Warrington Worldwide Magazine with special tributes and comments being made to him also, on Keate House’s social media pages.

Fred who was born in Birkenhead on 28th January 1924 had wanted to go to sea since leaving school and enlisted in the Royal Navy during World War 2. He served at a number of shore establishments and then trained on British beaches for the D-Day Landings. He went into France aboard the Landing Craft LCT2289 as the Signaller ferrying troops and tanks to the Normandy beaches.

His son Derek, who spoke before his military tribute ceremony, said: “He will be missed so much by his family who loved and adored him.
“He would be honoured that he is set to get such a magnificent send-off and his family would like to thank the Veterans and the Royal Navy for their tremendous support.”

Fred was an amazing man and a lovely character with a beaming smile – he will be greatly missed by everyone at Keate House. 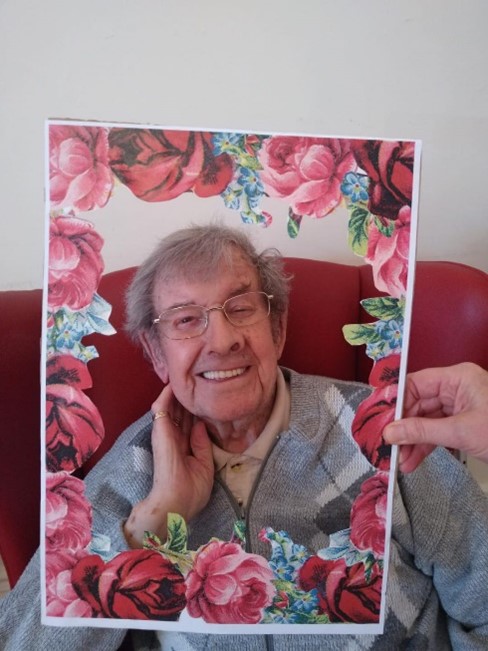